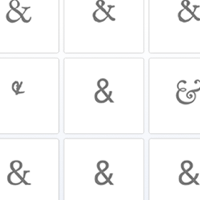 Well, 2011 is winding down, and for web designers, it has been a pretty good year. Here are some of the good things that happened this year and a little bit about what is going to be happening in 2012.

Without further adieu here is my list of things to be thankful for as a web designer.

Microsoft has finally put the nail in the coffin of it’s older browsers that just didn’t want to die. For people with automatic updates enabled, Internet Explorer 6 and 7 will be updated to IE8 automatically. More on that here. People are still able to opt out and there will still be some lingering users around the internet but it is finally time to stop support for these browsers in the websites we build.

2. Spotify Coming to the US

Only relevant to people in the US and has nothing to do with design but we finally got Spotify here this year. Just one more reason why I’ll never pay for music again (haven’t since the days of Napster).

3. Finally Getting to Use All Most of CSS2 along with CSS3 and HTML5

Many of the features from CSS2 were never fully adopted by enough browsers to use them but now that IE6 and IE7 markets have twindeled and most people today are either on an up-to-date version of Opera, Safari, Chrome or Firefox, we were finally able to dig into some of the greatness of CSS3 and HTML5. Much of this thanks to the rapid development of browsers these days as well as the help of HTML Boilerplate and similar methods allowing some support for older browsers.

Much of the advancement in web design were possible because of increased market share of namely Firefox and Chrome. Internet Explorer users are still around but there numbers dwindle by the day. And oddly enough we have Microsoft to thank for this. They stopped development on their browsers for years in order for competition to emerge, after the Netscape and US monopoly trials. Which sucked for web designers and developers but finally now, we are back on track.

Web typography is still somewhat limited but it has come a long way in the last year. You don’t have to look far to see websites using @fontface in their designs. The Google Font library along with Typekit and other services make using fonts on the web simple.

6. Web Design has Caught up to Print, Finally

Web design is no longer the bastard child of print design. We can now do as cool or cooler designs on the web, and it doesn’t take Flash any longer to do it. Higher internet speeds, better browsers, javascript frameworks and HTML5 have really pushed what can be done on the web this year. Not to mention a general increase in internet use and smartphone use across the world.

In 2011 Facebook was dominant in social and for those of us who don’t like Facebook, we were left without a lot of options. But know we have G+, Path and Diaspora. All of which are a long way from competing with Facebook but for those of use who just want a way to communicate with our real friends, these are good options.

There has been a change from thinking desktop layouts first by many people to know, starting with a mobile optimized design and working upwards to larger screens. This means better experiences for mobile and tablet users, the largest growing group on the web.

Responsive design is now all over the place. Before this year you could only find responsive websites in a handful of places and they looked… pretty boring. You can now see some amazing designs set up for multiple screen dimensions. A win-win for everyone.

Flash is slowing riding off into the sunset and HTML5 rich media is taking it’s place.

Even with scary stuff like SOPA looming in the shadows, 2012 should be a really great year for the web. What are you looking forward to?

Making your brand stand out can be hard. If you are using the same free resources that every other designer is using, perhaps paying for quality resources might be a good option to differentiate yourself. Especially, if you are trying…

How to Tell a Client No

As a designer you must posses this skill, and yes, it is a skill. It can be one of the hardest things to do if you are not a very assertive person. Yet it is a vital part of becoming…