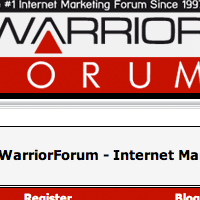 Even if you don’t do it, you’ve probably thought about it. All designers, especially freelancers would love to have one or multiple passive income streams. Building a small army of niche sites containing ads and affiliate links seems pretty gimmicky, and yet it works for some people. Being web designers we are also pretty set up with a whole lot more tools than your average person. We can build the sites, write the copy and do our own SEO.

In case you were wondering why I’m writing on the subject, and how I feel. I’ll let you know that I have been working on three separate niche site over the past two and a halfish months. Part of the reason why I’m writing a little less here. To do it right they really do take time and in case you were thinking it is easy money, it isn’t. But there is some money to be made even for beginners.

For me the reasons for trying to make money with niche sites what twofold. First, I’m just really getting tired of working with clients both at the day job and when I get off work. Secondly, I still want (and need) the money I would be getting working with clients, except from some other method. And I guess another reason was simply morbid curiosity. Can you really make money from AdSense and affiliate programs? I’ve had a couple blogs with Adsense and I’ve only made about a $100, and some of those sites had very good traffic. I was pretty doubtful, but optimistic that if some people with almost no web knowledge could put some lame sites together, that I could put some better, quality content together and make a little bit from it.

My goal was and still is $100 a month after six months and $250 a month after a year. You might think, meh what is the point, only $250 for a bunch of work. It is a bunch of work at the start but hardly months down the road, maybe 4 hours per site. These sites take time to build up search rankings and authority as well. Anyone with a $1000+ a month site took at least a year probably more like 2-3 to get to that point. And for me it is more about the learning experience. The SEO information I’m learning and the additional writing, is already becoming valuable in the other work I do.

If you do any reading on the subject almost everything you find will say find a niche with:

And those are great things to look at and you should go by those rules, but I wanted to take a little bit different approach, as I was going for quality niche sites. So I added in one more factor, ranking the quality of the content in the niche based on my personal design and content creation skills. As in, can I create better content and a better, more useful experience for the user than what already exists?

Which means 90% of the topics out there were already off limits. I was only going to selected topics that I knew a good deal about because you just can’t fake it well enough and I didn’t want to put in the research time. I’m trying to be an expert in the niche so it helps when you actually are one or at least on your way to becoming one. If I couldn’t write 25 articles right now on the niche I wouldn’t try it.

You would think it was going to be a struggle coming up with niche ideas but it really was fairly easy. Over the course of two months of planning and thinking about it I got a pretty lengthy list going. I just wrote down my likes, hobbies, things I’ve done, things I’ve always wanted to do etc. Many of them were already well established niches but when I thought about each one, I could come up with 4-5 side niches of similar or complementary activities that were actually good niches to target. You have to think small and specific. These would work because they are small, have less competition, and still something I knew a little bit about.

Why I Chose to Build Quality Niche Sites

Most people seem to do the opposite. Knock out a bunch of small niche sites as fast as possible and see which ones work. They often use questionable or downright blackhat techniques like building link wheels and pyramids, spinning articles, link building services and the like. Great if that stuff works for you but I have some ethics and honestly those guys can cheat Google for a little while but eventually Google slaps them back into place. I’m doing this for the long haul so I wanted to build quality sites with as many naturally built backlinks as possible. It might be slower but I don’t have to risk getting by results dinged or getting banned.

The place I feel most web designers would get stuck is putting too much effort into the design, wasting valuable time. What I did was build one template with an internal page and a homepage design. The layout was dead simple and there were only three background images and the logo that needed to be changed to make the site a completely different color palette. A quick find and replace and I could change out link and text colors, and there was a new site design ready to go. I have a number of other niches I’m planning on working on and it shouldn’t take me more than an hour per site to get the html and css done and ready to go for each.

Another choice I went with which I may regret later, is I made the sites entirely static. I was thinking of going with WordPress but it just seemed like too much of a hassle setting everything up, and I work faster in a text editor than in a backend writing content or making site changes. Plus, I didn’t want to deal with databases, backing up databases and multiple logins and passwords.

This decision meant my navigation and site structure needed to be well thought out before building a single page, cause I didn’t want to change every page later on. Which if you are working on niche sites optimized for search you better be doing this anyway. Find the keywords and phrases you are going after, build pages with those exact phrases in them, and then build supporting content around those.

The first thing I did in each niche was scour over the top ten sites in each. I got a feel for how much content they had in total and per page, how many images, links and videos they had and tried to build my sites differently. If the sites were mainly text based blogs, I loaded up on images and video, at least three per page. I also spent the time adding at least three internal links into the body content of every page. I wanted to make sure visitors were never left stuck on a page with only the primary navigation or sidebar links to get around. Each topic flowed into the next.

Being all brand new domains I spend a good amount of time building external links. At least thirty per site. I wanted to make sure that Google knew exactly what niche these sites belong in. Also by clicking those links every day I was able to get a couple links back in return and some traffic from curious website owners wondering who was linking to them. Not a bad way to start a relationship in the niche either, at least let them know you are there.

Like I said, three sites over a couple of months. Each took about two weeks to complete, the majority of that time spend writing the content. I am also writing one new page or article every day. Which adds up to about 16 hours of writing time (counting this site) I’m doing each week. On top of design, and a little freelance work and the gym and whatever else I can cram in between sleep and the day job.

Each page I went for an absolute minimum of three words. My primary pages, those for my main keywords are more in the neighborhood of 1200 to 1700. Every page contains at least one photo and large pages at least one video. Videos are great because they keep visitors on the page longer and you get an additional click out of them.

The Results So Far

I was going to say it has been a bust so far, but just this week my first site came through. As you probably know it can take anywhere from several weeks to several months before you start to see your pages show up in Google searches. Well after a number of weeks my first niche site started popping up on the second and sometimes bottom of the first page for a few of my search phrases. I was pretty stoked to say the least. I had thought it would take a while but was still disappointed until I saw this.

Well my traffic went from non-existent to a tiny trickle. What is even better, I’ve already gotten two AdSense clicks and a couple affiliate link clicks (but still no sales). One dollar down $99 to go. Far from being in the money, but having such little traffic it looks like a pretty promising niche. Now I just need to remember not to focus all of my attention on this one, cause the other two may be a week or two away from getting results of their own.

So I guess the verdict is still out. I haven’t made anything to write home about but I’ve seen some light at the end of the tunnel. I’ll try to put together another post three months from now and let you know if I hit my $100 goal or not.

If you are thinking about getting into building niche sites for profit, I recommend Smart Passive Income and the Warrior Forums to get some introductory information.

Giving away content for free is a good way to bring in readers but making money from advertisements alone, might not be enough to make a successful business out of your website. Many of the top bloggers are selling their…

What do you hate about your design job? I know there has to be a few things you don't like. Why not outsource those boring or tedious tasks and save the good stuff for yourself? The benefits are numerous and…

There are a lot of designers out there, which means there are lots of design portfolios on the web. Yours is one of millions. Which means it will never be found on it’s own. But because the design community is…