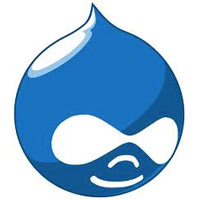 I have never been a fan of Drupal and have not written the nicest things about it. Drupal has an excellent selection of Modules but the experience for users and front-end developers has always been a pretty bad one.

My first experience with Drupal was version 5. I know it was a long time ago but I really cannot think of a single good thing to say about it. That early version sucked that bad. About that same time, I was working with Wordpress and just getting started with ExpressionEngine and really had no idea why anyone would use Drupal for any other reason than it had a lot of good Modules.

Luckily for me I was able to stop using Drupal for a couple of years. Now at the day job we are moving from using several different CMSes to Drupal exclusively. I’m still going to use ExpressionEngine on all my personal projects but I don’t really have a choice during the day.

So as I’ve been digging into Drupal 7 and working on some older Drupal 6 sites, my love for it really hasn’t grown but I think I’ll be able to deal with it. The documentation is as longwinded and confusing as ever, but I’ve picked up the basics fairly easily.

My Thoughts So Far

I won’t get into Drupal 6 because it’s pretty old at this point and well, it sucks about as bad as 5.

Drupal 7 is somewhat of a step in the right direction. You still can’t really build a whole website without a host of Modules, but that is something Drupal users have come to expect. The Views Module is pretty much essential and slightly less confusing now. But it still seems easier to just query the database within the templates.

Building themes isn’t too difficult, although the sites I’ve been building are super simple. I still prefer ExpressionEngine for building sites.

How It Will Effect This Blog

So I guess since I’ll be doing more work with Drupal, I might as well write some posts about it. You definitely won’t be getting any fanboy posts but maybe I’ll give some tips for other front-end developers who need to use Drupal and ways to make it less painful.

Why ExpressionEngine is the Best CMS for Web Designers

Many web designers come to the realization that they need to be able to build more than just static web pages. Some may look for a web developer partner, others look to become developers themselves, but most turn to a…

The 5 Best CMSes for Web Designers

As a web designer, choosing the right content management system can be a difficult task. Some of the CMSes out there are pretty difficult to learn and may require the knowledge of a programing language like PHP. For designers you…