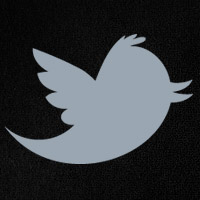 For whatever reason, I'm really late to the Twitter game. But I've been studying up and see what works and what doesn't. And much of what doesn't is what a lot of people are doing. So here are some tips to improve your Twitter usage.

By being effective, I mean providing better content for your followers and finding better ways to interact with them.

By now Twitter has been around for years, and most people are either using it or at least familiar with it. But the way most people use Twitter is not always inline with their business or even personal goals. So think about why you are using Twitter. If you have more than one reason you may want to start one or several more accounts. I say this because it is better to get one thing right than try to appease several different groups of followers.

Here are some of the reasons why we use Twitter:

All of which are good reasons but the problem is, focusing on one group can have a negative impact on others. Peers in your field probably don’t want to hear about your plans for the evening and clients especially don’t. I’ve yet to see anyone who uses one Twitter account and do a really good job of providing valuable tweets to several groups of people. So if you have to hit several targets, use separate Twitter accounts for each.

There are some people who only use Twitter to broadcast. If you are a celebrity or using Twitter just to promote content, it doesn’t really matter if you follow others or not. You can follow everyone who follows you or follow no one. But if you are looking to have some sort of mutual exchange, or possibly meet potential clients or peers, you are going to want to keep a pretty trim list of people you follow, so you don’t miss any important tweets. 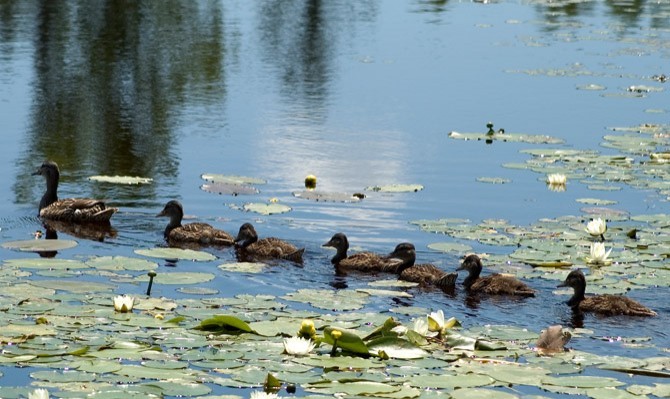 If you want to make a connection with someone, follow them. If not, the only reason to follow someone is if they provide a solid ratio of useful tweets. Generally, I don’t follow anyone who has 12+ tweets a day because they aren’t tweeting anything useful 80-90% of the time. I can live without there few good tweets because someone else I do follow will retweet for me to see. Following people is for your benefit, not anyone else’s. So never feel obligated to follow someone.

In the case of a business account, I would actually say do the opposite. Follow all of your clients and business relations. And if you do need a feed that isn’t totally cluttered, just have a separate account.

I suggest always scheduling your tweets. I’ve been using Buffer for that. Space them out at least a few hours apart to 1) not overwhelm people with a small follower list and 2) to maximize the chance of people seeing your tweets. If people never see your tweets in their stream they may unfollow you for being inactive. So try to tweet at different times during the day. I schedule my tweets to land between 7am and 8pm and retweet whenever I happen to see something I feel like sharing.

Before hitting that tweet button each time, ask yourself two things: Is it relative to your audience and is it useful to your audience? If the answer to either is no, don’t tweet it.

When you don’t have much to say, people tend to lean on the retweet button. As a general rule I would say don’t retweet more than once for every five tweets you make. People are following you after all, not the people you like retweeting.

I also tend to not retweet links from super popular websites. Everyone is already aware of the source and has probably already seen the information already, or will discover it on their own. If you want to get noticed by someone include them in the retweet, but if not, keep your tweets a simple as possible. No @‘s, no hashtags, just the message. I’ve read a lot of post from people saying always include hashtags and mention people to get more eyeballs on your tweets, but it seems like a gimmick to me. Just focus on creating value with your tweets.

This can actually be one of the harder parts. For this site’s Twitter account, I’ve been putting together a long reading list in my RSS reader. I try to read up-and-coming blogs and the personal blogs of designers I like, who post very infrequently. I like up-and-comers because the information is fresh and hasn’t been tweeted a hundred times already. I like reading the posts of designers who don’t post frequently because they tend to put out better quality posts and have interesting things to say. 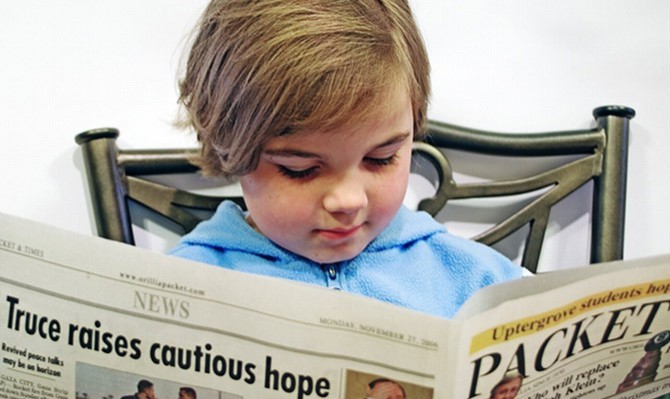 I know a lot of people don’t bother with RSS anymore and tend to just follow people on Twitter but for me RSS allows for easy filtering of content. Plus, I actually read everything before I tweet it, unlike a lot of people. That and having all the posts in my RSS feed with nothing else to sift through makes the amount of content I sift through every day manageable.

I also have some people I follow who tweet interesting things. Be constantly looking for fresh accounts to follow and unfollow anyone cluttering up your feed.

The Twitter account for this site doesn’t have enough followers to really do much interaction so I am primarily tweeting interesting blog post I find. When you do get a decent following, mixing in questions, thoughts and quotes can be a nice change of pace.

There are tons of things you should never tweet about. This is the easiest way to improve your Twitter use and probably increase your followers.

What You Are Eating

Only food critics and famous chefs are allowed to tweet about food. If you are neither, no one cares what you eat, except maybe your mother. 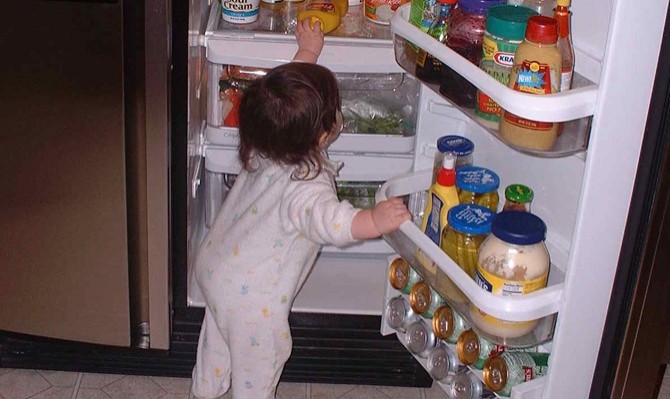 Only Check-in or tweet your location if you are using Twitter for social reasons only, but even then, is it really smart to mention your location? Nothing really good can come from tweeting that you are out of the house or at a bar or wherever.

Updates From Conferences, Concerts And Events

The only people who really care about events are the people at the events. If you really have to tweet about it, only do so once. No one needs a play-by-play account of what is happening unless say, you are witnessing an alien spacecraft landing. So unless you are the sole witness to something truly spectacular keep, the tweets to a minimum or go live-blog, if you really feel the need to keep the world informed.

Current Events On The News

It can sometimes be hard to resist but don’t tweet about current events or funny and/or tragic things in the news, unless it is specifically related to your profession and your followers. If you are not a comedian, don’t try to be funny. If something horrible happens somewhere in the world, it isn’t your place to talk about it to your followers, again, unless it is important to them.

You don’t need to be the six-billionth person to tweet “Happy New Year”. We all know what day it is, don’t contribute to the clutter. Your followers will thank you. 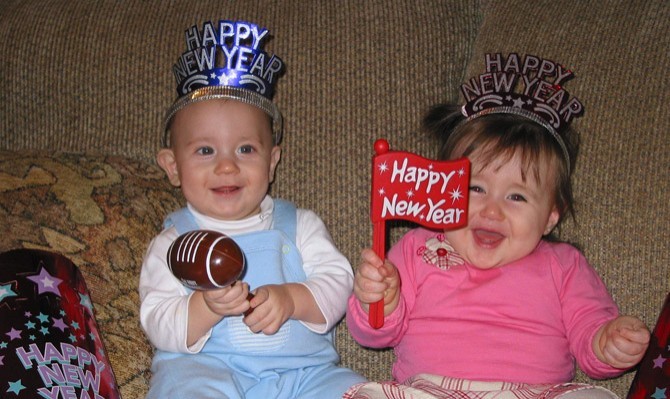 Nothing you do in your daily activities is worth tweeting about. Sorry but it just isn’t. That includes: shopping, travel, traffic problems, food, child problems, relationship problems and so on. Go bug people on Facebook about this kind of stuff. Don’t air your frustrations or minor celebrations on Twitter for the entire world to see.

Thank-You’s for Retweets and Mentions

It isn’t necessary to think everyone who retweets you or mentions you. In fact it is really annoying to your followers. Send someone a private message if you really want to thank them.

It is fun and easy to share photos but pretty difficult to make them both relevant and valuable to your followers. Especially, because it is hard to put a photo in context with just one tweet worth of characters. If you are a hairstylist, tattoo artist, design, or something similar you can tweet photos of your work, but cat photos are really a waste of everyones time. Keep it relevant.

There is rarely a case where you should have to reply more than once to a tweet. Any more than once, you should take it to instant message, phone or email. The reason is that Twitter conversations are only relevant to a handful of people at the most. And generally, if you only see one tweet in the middle of the conversation, it rarely makes any sense. Having a conversation with one person is not worth annoying all of your followers.

Which brings me to replies. It is very hard to follow a conversation on Twitter and there is no easy way of seeing where a conversation originated. Not only that but being limited with so few characters per reply tends cause you to not to restate the original idea in the reply. Anyone reading that reply has no idea what it is about.

Replies in general are best kept to a minimum. Especially, if all you are doing is agreeing with someone’s statement.

It all boils down to a few things. Gaining followers is all about providing value. Meeting people and finding useful information on Twitter is all about following only the best accounts and removing the rest. I’ll probably write some follow up posts with more specific information as I get better myself.

When starting a new blog or trying to improve an existing one, it is often difficult to gage the success of your posts. The most obvious indicator would be traffic, but often even that can be misleading. I've put together…

If you don't believe content is king, than you haven't been around the internet much. There are tons of websites that are very popular with designs that make you want to tear your eyes out. As a web designer it…

Promote a New Blog, Where and How

No matter how amazing your content, within the first month to first couple months of your blogs existence, it will be very hard to get traffic. People do not just randomly stumble upon websites, so you need to find ways…